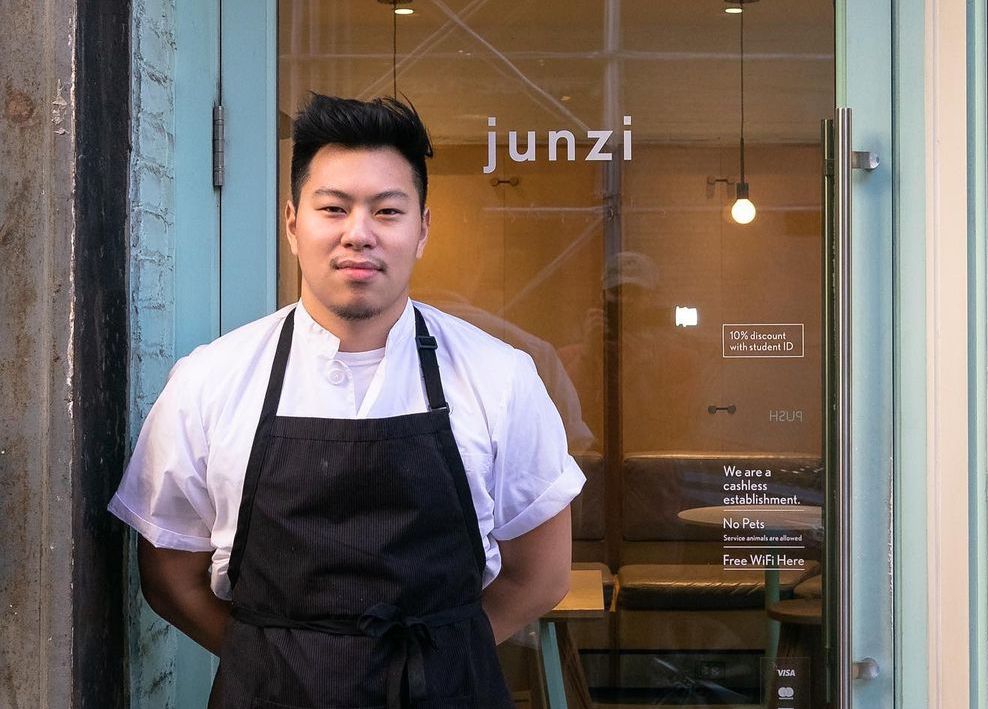 Revisitng a favorite from the early days of 2020 (before we knew what was to come...) with Junzi Kitchen's ringleader Lucas Sin. If you know or follow Lucas, you've been infatuated with the makes-you-feel-at-home video content he's always producing. We would be lying if we said the way we make our scrambled eggs isn't based entirely on Lucas' story highlights (see HK EGGS for a good time.) Throw it back with us and read through our interview with the man, the myth, the legend below!
No items found.

Disclaimer! This interview was published March, 2020 -- certain details have changed since.

Full name, age and where are you from?

I have one sibling, I have the most wonderful sister in the world. Most of my family are teachers. Most people that interview me want to hear that my grandmother was a cook. She is a cook but not out of volition. A lot of Chinese people cook because it is the only means of survival so that’s how my grandmother was cooking. She was a great cook though, not a chef but working in the back of a mahjong parlor, cooking for gangsters and for the average worker.

Hong Kong is a very food-forward city and the food is a very eloquent metaphor to activate cross cultural thoughts because of our history as sort of part of China and sort of part of the UK as well as having East Asian influences. I grew up with a lot of curious thoughts about where and how food comes to be.

Did you have family meals growing up?

For sure, we ate at home a lot. My father was incredibly good at making these one pot meals. We’d wake up in the morning to a lot of stews and one pot ‘whatever is in the fridge’ fish broths with fish balls, glass noodles, bamboo shoots - whatever it was. It was ridiculously good. My father also has a knack for going to wet markets and supermarkets and hanging out with the grandmas and aunties who are shopping.

We’d be at the seafood stall and he’d point at seafood we don’t know and then he just asks, “Hey! How do you make that? Do you steam it? Do you fry it? It looks like a fish that you would eat with ginger.” Then another person would say, “Oh no no no, it’s more like a garlic and chives type of fish.” He made very honest, home cooking for sure. 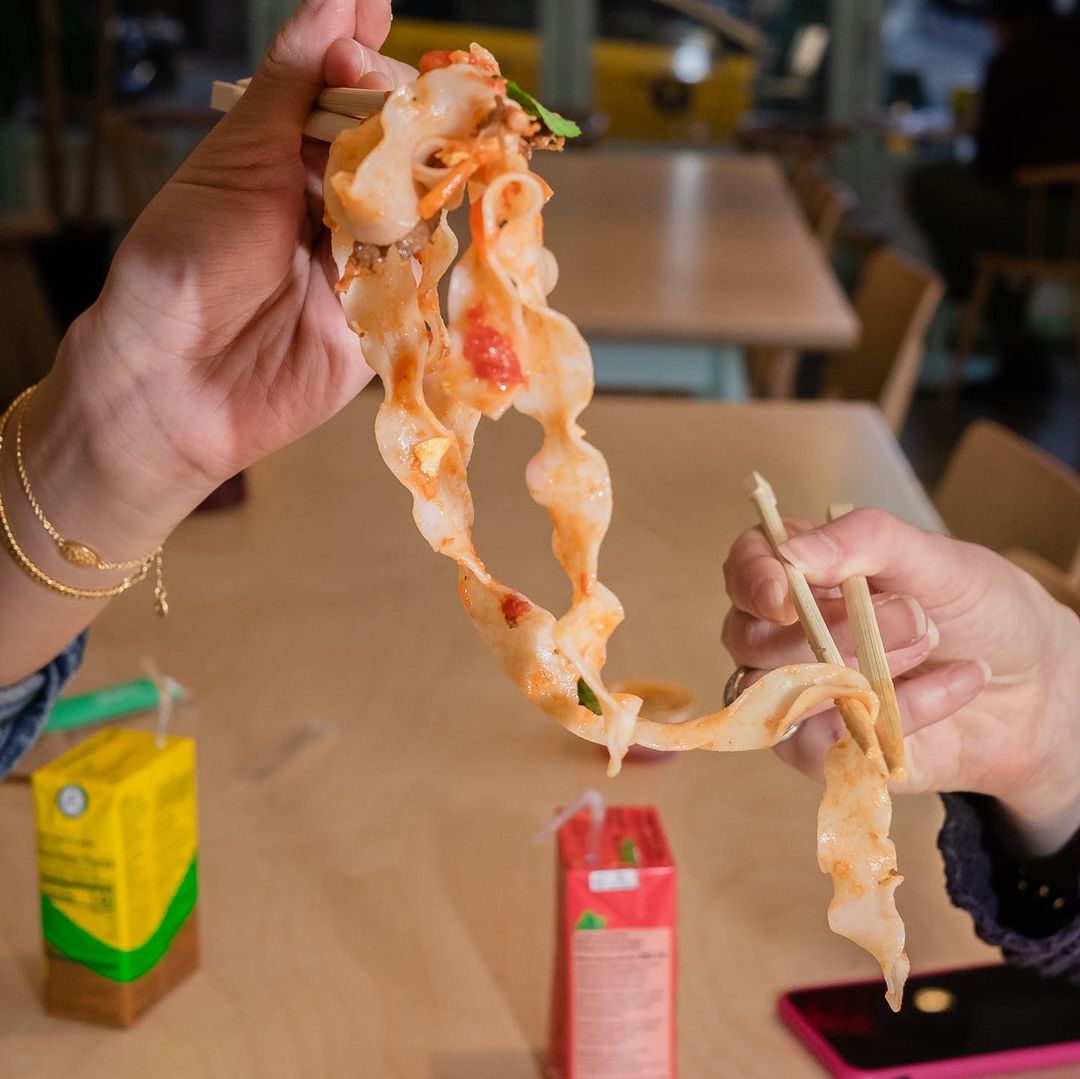 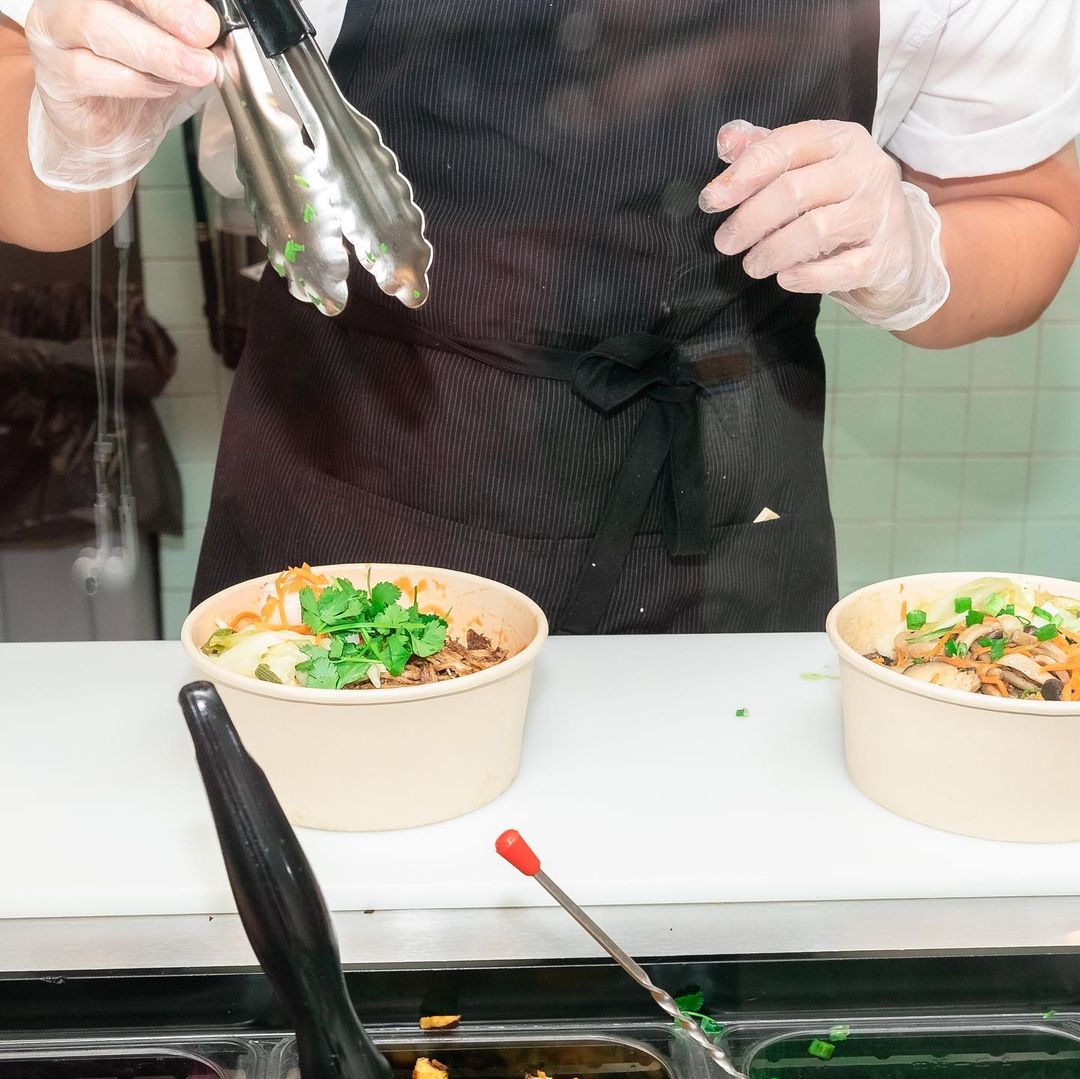 What meal most reminds you of your childhood?

Do you guys know what Hong Kong western cuisine is? Like Chaguan? They’re kind of like Cantonese diners, tea houses. There are a couple in Chinatown here. Basically Hong Kong diners were invented in the 50’s when the average salary of a Hong Kong worker was something like 50 Hong Kong dollars a month. A meal at a British restaurant was around $15 so Hong Kong people couldn’t really afford it.

Hong Kong Western cuisine is the good people of Hong Kong reacting to British colonization. The aspirational brand back in the day would have been British luxury, European cooking. If you don’t have access to those ingredients and that type of money, you use ketchup instead of tomato sauce. You use Spam instead of cured meat. Out of this, evolved western style Hong Kong cuisine. It’s a lot of Spam and eggs over instant noodles, macaroni and soup, baked pork chop rice, it’s very honest and home-y cooked food. I suppose some type of dish in that realm would be the type of dish I’d want to eat for the rest of my life.

What is your role here?

I am the chef of Junzi Kitchen, I run the food at all of our 5 locations. I am also a proud owner of Shy Boyz club. 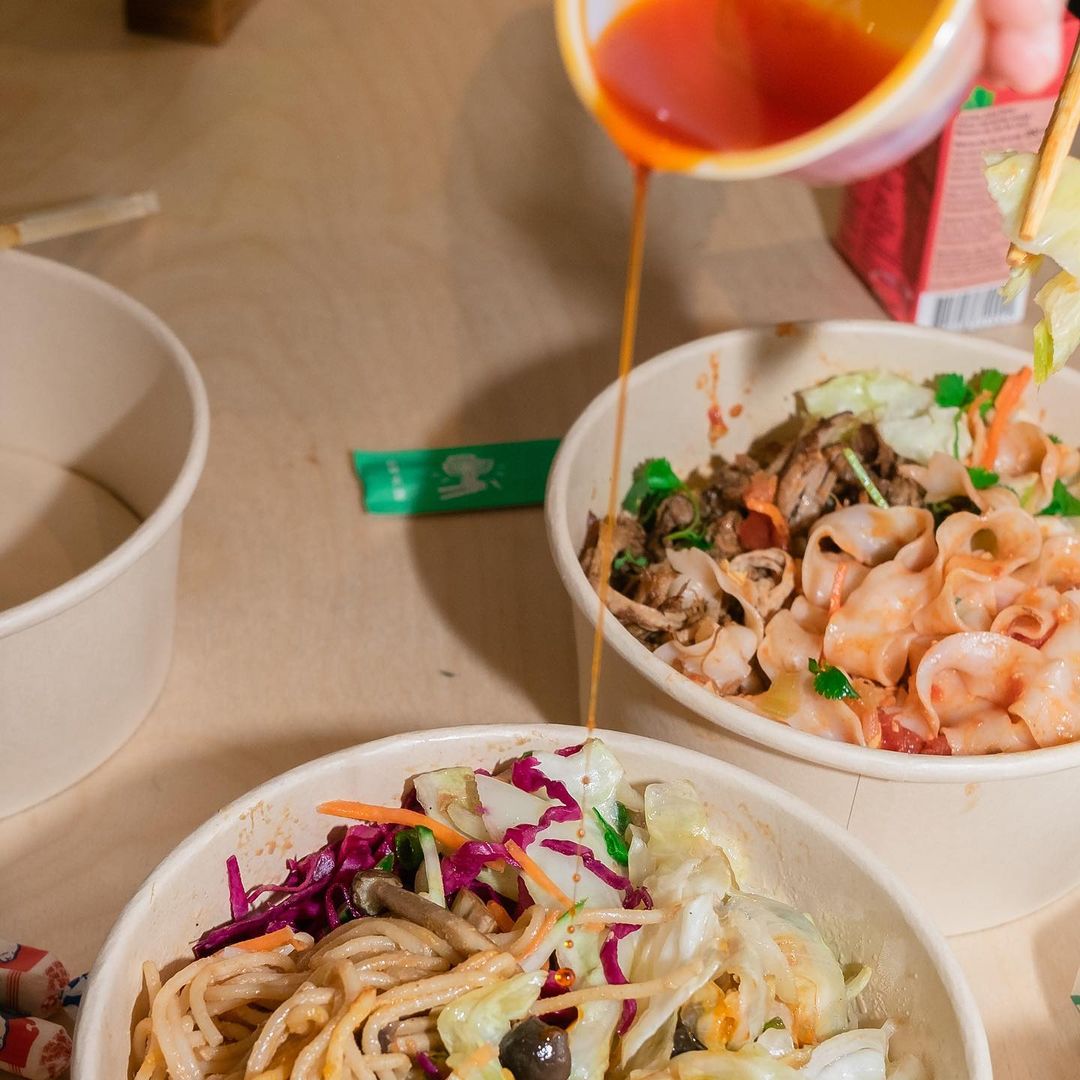 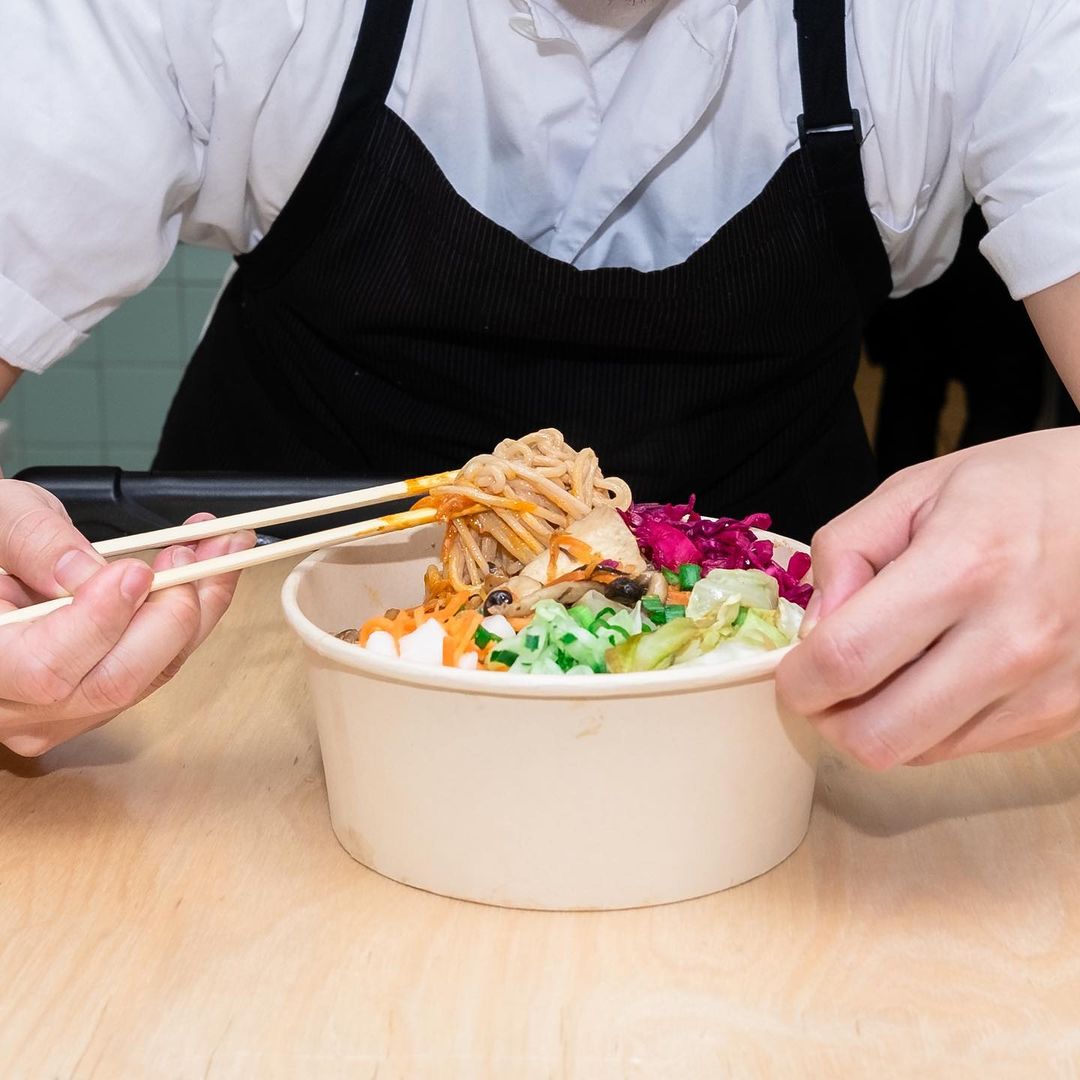 How did you get into this industry?

I opened up a restaurant in Hong Kong when I was 16 in high school. I kept doing pop-ups when I was in college at Yale. I spent all my weekends doing these pop-ups out of my dorm, we were doing like up to 250 covers, it was insane but really fun. I was on speed dial for a lot of chefs in New Haven. They would hit me up while I was in English class like, “Yo I need you to help me cook on the line Tuesday night.” I would always be there.

I spent all my winters and my summers backpacking and cooking through Japan, sometimes with grandmas sometimes through izakayas. I also spent one summer cooking at a 3-star restaurant in Japan, so I thought I was going to be a Japanese chef.

What do you think working in this industry has taught you?

Everything. Most people are kind and that is really important, especially in New York. There’s no better time to cook Chinese food than right now. Work is tight, you know everybody. Everyone is very nice and willing to help each other out. That was the case when I was cooking in New Haven too. 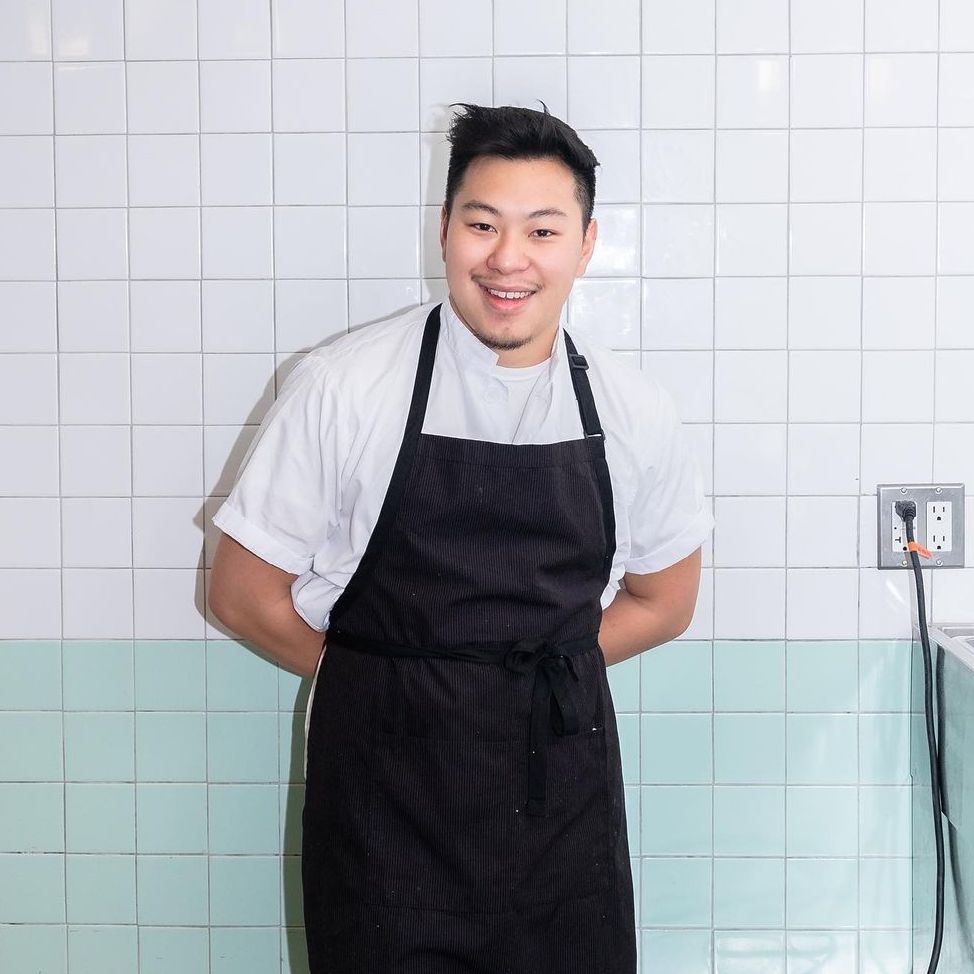 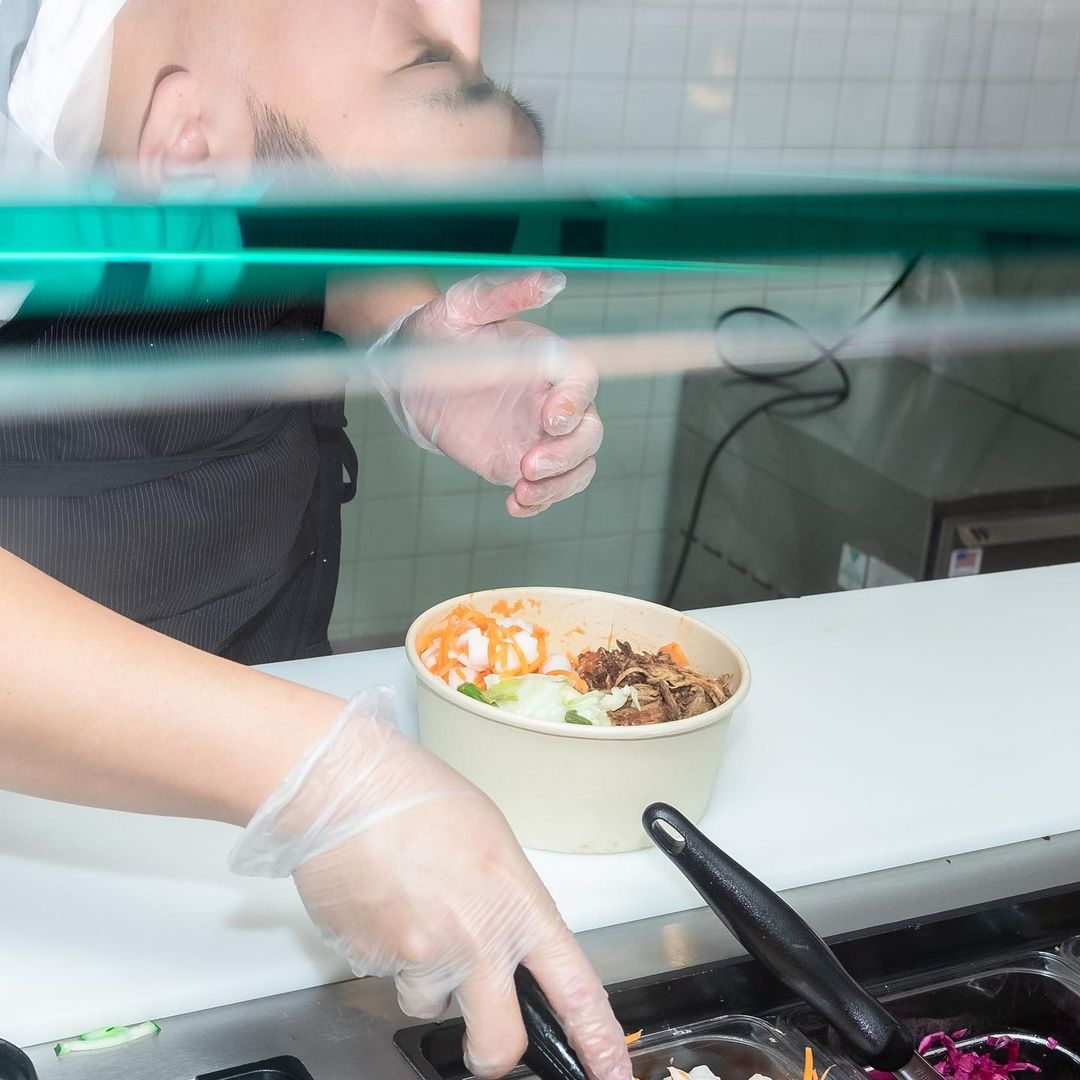 What's your fave item on this menu?

We’re known for our tomato and pork noodles. Recently I’ve been vibing and excited about our sesame noodles. They’re really good but a lot of restaurants make the sesame noodle, ours is made with fermented tofu (four yu), ginger, garlic, scallion - it is very umami. It’s a velvety, luxurious sort of sesame sauce that I’m really excited about. You can get it spicy with garlic chili. I like it with our mushrooms, tofu is good.

Where would we find you for lunch or dinner when you are not here? What’s your most frequented and your favorite spots?

Shu Jiao Fu Zhou make fish balls and peanut butter sesame noodles and they make dumplings - I think they make the best dumplings in Manhattan. It’s super ridiculously cheap, owned by a Fujianese family, super nice and very quiet. I like going there a lot, in Chinatown.

One big difference between Chinese people and the rest of the world, is Chinese people are down to crush food on their own, like look at a wall and eat and then leave. There’s no need to eat with someone. Shu Jiao Fu Zhou is one of those places that’s very quiet, most of the seats are you and a wall. You eat these noodles for two or three dollars, get a bunch of dumplings and that’s that. There’s solace in that type of dining.

Do you have anything exciting coming up?

I’m working on a pretty exciting project. I have recently become infatuated with Chinese-American restaurants. We do a lot of data gathering here at Junzi, and basically the number of Chinese restaurants here in the U.S. has gone up since the 1850’s. Our recent data seems to show that since 2016 those numbers have started to go down.

The second most delivered food in the U.S. is Chinese food, and people have an understanding and expectation for Chinese food to be consistent between Arizona, California, New York, Pennsylvania, whatever. That system of business is unique to Chinese food in America. I think it’s worth preserving because it’s ridiculously efficient, even if it isn’t the most modern.

Sometimes between labor sourcing, and sustainability, those restaurants may not be up to the standards that I think they should be at, but in a way there’s a crisis because there’s nobody to work on it. I’m excited because a company like Junzi that has multiple units and has been trying to build an expertise in operational excellence, can build a new type of Chinese-American restaurant that crystalizes that legacy from a business perspective.

Over the last 150 years we’ve built this business model, and now we can bring it into a modern age. So we aren’t opening these restaurants and serving noodle bowls and fast-casual things. We want to go in there and serve what they’re serving, at a standard that is more modern.

[Chinese-American] is an authentic, regional cuisine. So I think it needs to be preserved somehow.