Chinatown Soup is conveniently located amidst where all of NYC’s cool kids hang out. It is situated next to Scarr’s Pizza (and its ridiculously long yet well-deserved weekend lines) and a block away from the best places to have a boozy afternoon: Forgetmenot, 169 Bar, the list goes on. Chinatown Soup is the antithesis. It is a special place where one can go to escape from the New York hustle and bustle. It is a gallery designed to showcase emerging artists, a collaborative workspace for creatives who are diligently working on their next collection, and also a tea shop for Tim Hsu to showcase his skills. We sat down with Hsu one weekend and were honored to chat with him over two separate tea tastings. How did it take so long for us to find out about him? In his words it’s because he is a Pisces, indecisive in nature, so it took him 19 years to feel comfortable showcasing his tea. We don’t think he will stay a hidden gem for long. 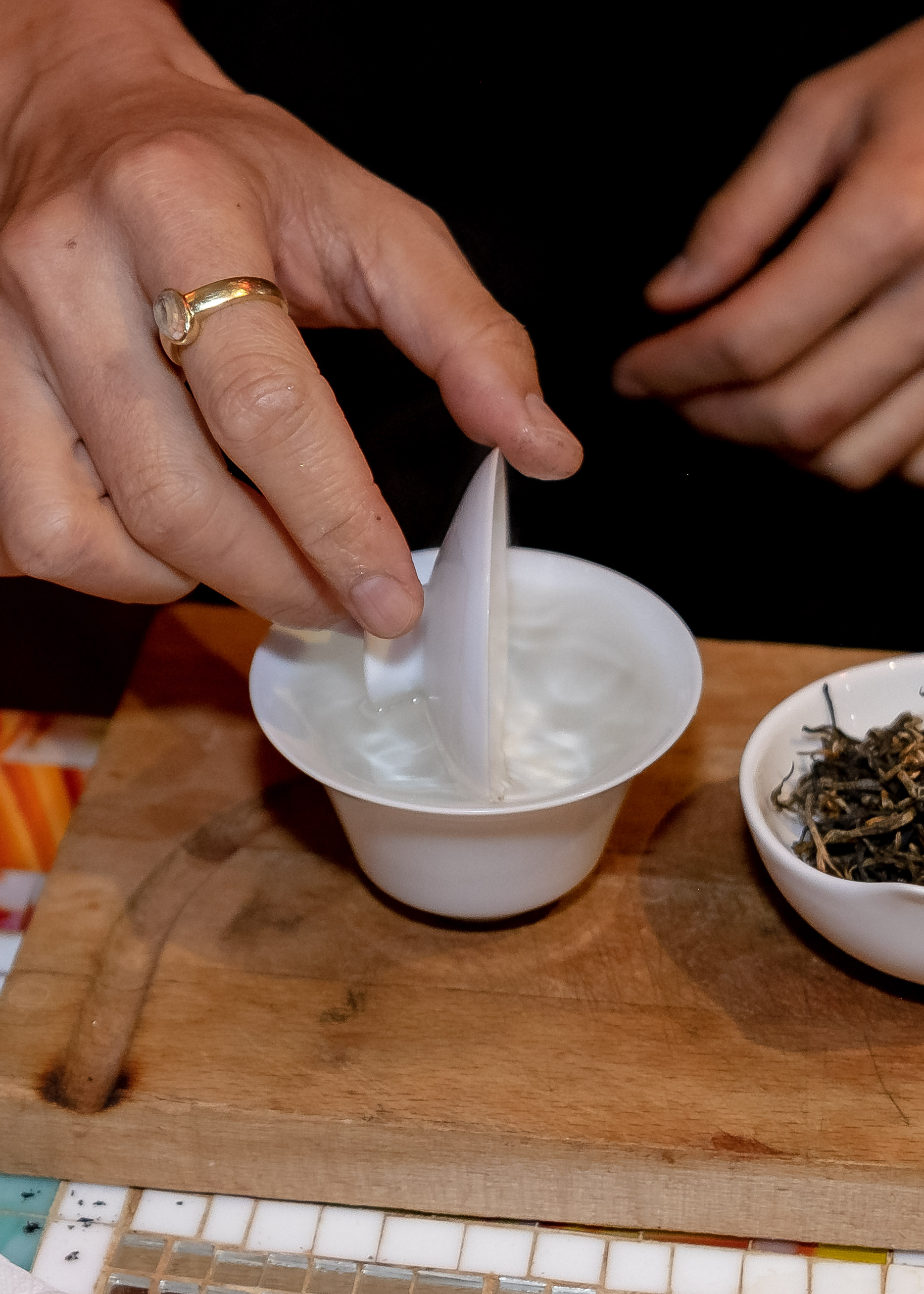 What is your full name, age and where are you from?

I’m from Hong Kong, I came here when I was 17, to New York by myself. Traditionally, my family has been drinking tea since I was young, without me understanding what that is, especially in Hong Kong. We have tea, and coffee, and cigars. We have all these colonial things that we like. I studied the arts at SVA. The only thing I can tell you about my age is I graded in 1994.

I also lived in LA, studied at the Pasadena Arts Center [College of Design]. Then I worked in publishing books; actual, printed books. I’ve been in that industry until now. I’ve worked for all the major publishers and then, at the end of that corporate life, I worked for magazines. For Martha Stewart as the Senior Art Director and then I started my own company in 2001. That’s how I met Phillip [Chong] and from there, we started a graphic design agency.
I always loved tea but I didn’t really understand it. I first had a passion of collecting teapots. I collect a very particular type of teapot, it’s made of purple clay and from a specific region in China. I was collecting them since I was 12 years old. I’ve always had a good tea pot but never had good tea.

In 2001 I decided to learn more about tea so I started to travel to Taiwan. It was the safest place to learn tea because Taiwan tea culture is very developed and the tea merchants and farmers are already very rich. If you go into a tea farm and you ask for the best quality tea, they would kick you out, because they don’t need your money. They don’t need that disrespect. That’s where I learned tea first because I would not get gypped.

I learned it the hard way by understanding the foundation first. Once I learned how to interact with farmers, I started going into China. Since 2001, we have been going to China to source our own tea so it's been 19 years. I then started The Mandarin’s Tea Room and that’s where people can experience tea.

Coffee is the same idea and I started getting into it 7 years ago. I learned from the best, we work with Faema which is the best espresso company. I went to the farms in Columbia, applying my knowledge of tea to coffee. The two programs simultaneously marry together a ‘soup’. We have tea on our menu that is grown at the same elevation at 900 meters in Nepal as coffee we found in Columbia, which is also at 900 meters. Everything is parallel and I very geekily thought about all the relationships.

What was growing up like for you and what reminds you most of childhood?

What most reminds me of childhood is little teapots. I appreciate the small things because small things hold so much more than big things. So my childhood, especially being in Hong Kong - dim sum, tea, and cigars are childhood to me. If I walk into a room with a leather couch and smell older generations in there, it makes me feel at home.

You have that respect that is different than in America, the respect of the elderly. How you serve and how you react with the elderly is a very important thing. They know more, maybe it isn’t the right thing but they do know more and you have to respect them to let them tell you their stories. It’s just like the third wave, they don’t respect it - if they actually ask, the door will open and it will be a better next generation.

What do you think working in this industry has taught you so far?

The most important part is to non-stop fine tune your skill. The only thing you can do is learn from people sitting across the table. How I see your reflections and how you ask the questions and react, that makes my day. I’ll remember how it feels so great and how you guys are intrigued and continue to fine tune that. It is a nonstop quest for perfection but you also have to be sincere.

You can’t just say something is organic and if someone asks you why, you can’t say because your agent told you so. Just because you can find an answer from some website. You don’t even go to where your answer came from. You didn’t even see what the coffee plant looks like, so how can you sell a story like this? The most important part is to go deep, get dirty. Being good is to get dirty.

Do you have any pet peeves with customers?

Truthfully no. Sometimes it’s heartbreaking because you have a customer who comes in who has so much pain, and they want to express it. Sometimes they drink a cup of tea, they don’t want to leave and they just start pouring out. It is a great thing because you are helping someone, but ultimately they need to help themselves. They can’t just rely on us to make them feel better, and then do it all over again.

We have a very local joke in here, it’s like mafia Christians. You kill the whole family on Saturday and then on Sunday you repent your sins and Monday you do it again. So you can’t do that, you have to understand.

When we have customers that are very loyal, especially people who taste something they will never find somewhere else, that’s a great thing. They just need to be careful as we don’t want everybody to do something so niche in a way. It’s like the story of uni. If you start giving everyone access, if Target started selling uni tomorrow, then there will be no more uni in 5 years. That’s the scariest thing. Same with coffee and tea, because the demand is so high, they are cutting all the old coffee trees and growing new hybrids. Because of that, it kills the environment, the soil gets destroyed, the water that goes through the chemicals goes in a stream and kills everything else. Things like this are medicine, and medicine needs to be respected. You don’t need to drink 10 gallons of it because you can. You can just drink a cup. 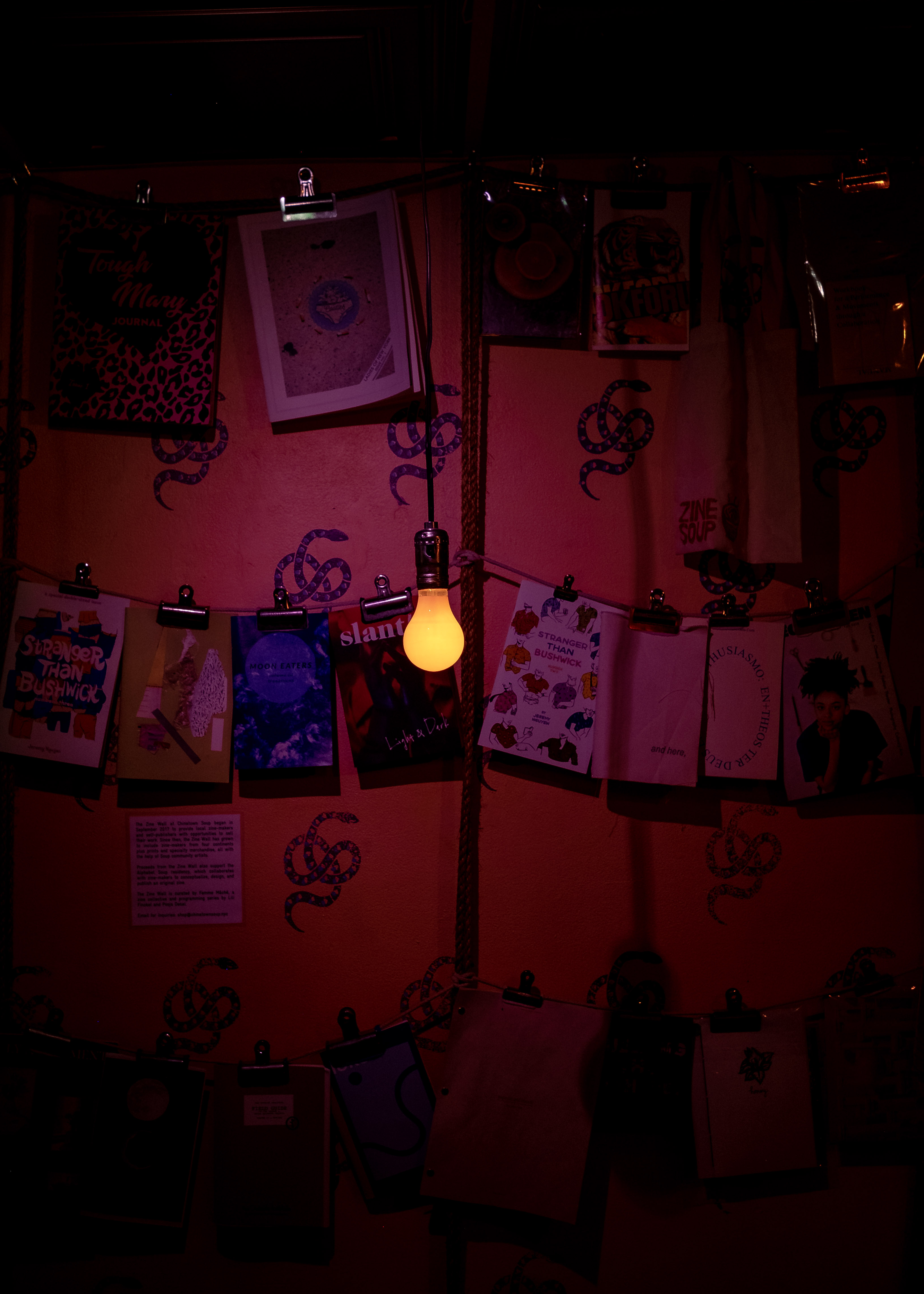 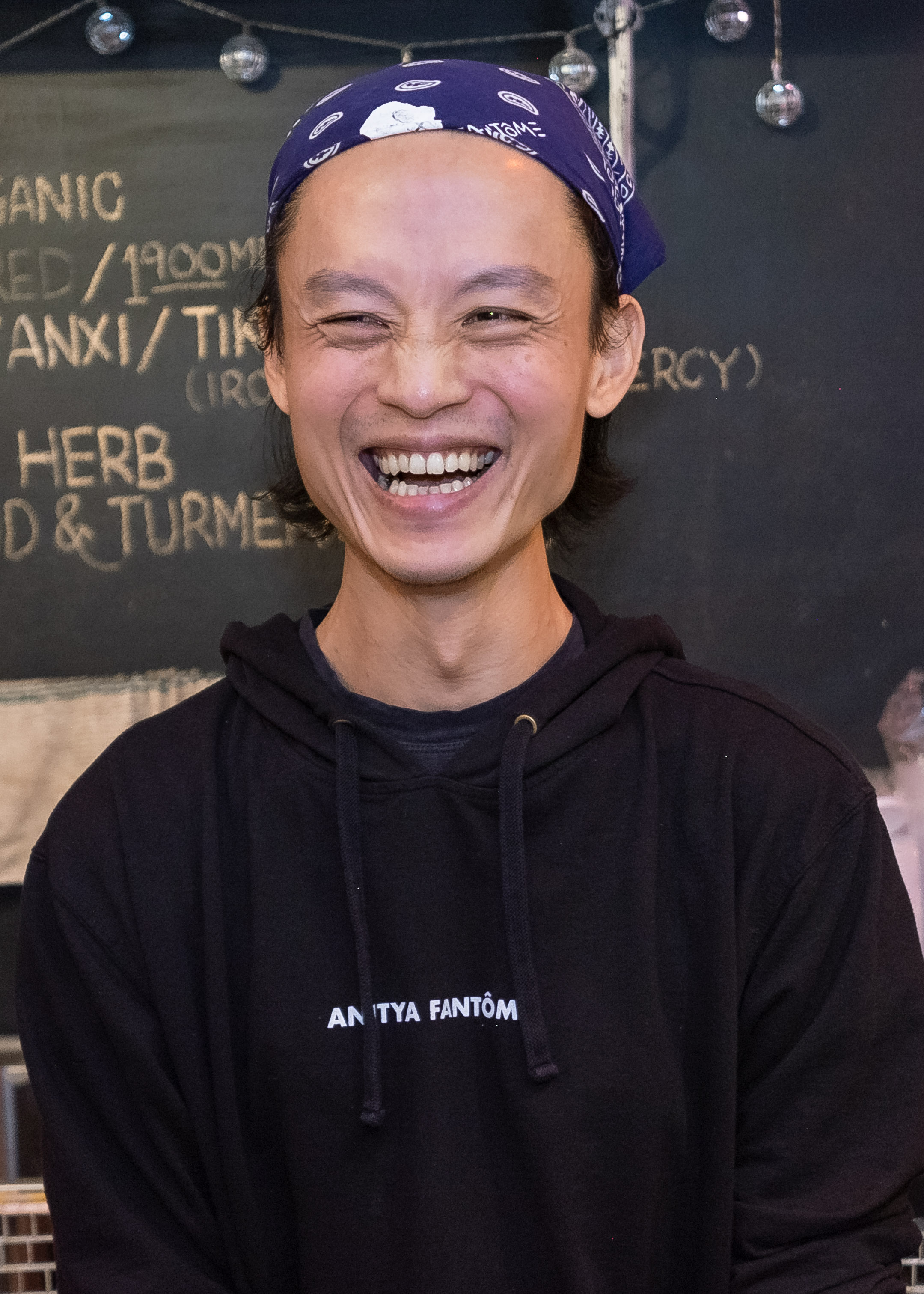 Where would we find you when you’re not here?

Anything exciting coming up for you?

Every day is exciting, every day is a new day. It’s like that artist who came in and presented something unusual, that’s exciting! Sometimes it’s like oh my god. But then you think about it like, that artist took the time to come in twice this week and even though he knew we have a meeting right now, he’s still coming in strong.

He needs that tea!